How Mediumship Works: Unraveling the Mystery of Mediums

How Mediumship Works: Unraveling the Mystery of Mediums

The term “mediumship” is used to describe one’s a attempt to communicate with the dead. The person performing the mediumship, known as a medium, often relays information from dead entities to the living. But, this is really just the tip of the iceberg when it comes to mediumship. To learn more about this process and how it works, keep reading …

The Origins of Mediumship

People have been attempting to communicate with the dead ever since the beginning of mankind. It’s in our nature to explore the boundaries of death and life – and the fine line that separates them. With that said, mediumship didn’t become popular among the mainstream public until 19th century, during which Modern Spiritualism sparked a newfound interest in mediumship among residents in the United States and United Kingdom. Now for the million-dollar question: does mediumship really work? When it comes to the paranormal, there will always be critics. However, there’s strong evidence suggesting that certain people (not everyone) may posses the innate ability to communicate with the dead.

Researchers recently conducted a study to determine the effectiveness of mediumship. Each purported “medium” was given the name of a deceased man or woman and 25 questions to ask them. The mediums asked the questions to the deceased individual to whom they were assigned and then shared their answers. Researchers found that three of the four mediums (75%) provided answers that were “statistically significant results.”

Unraveling the Mystery Behind Mediums

There are multiple nuances and layers behind mediums and the ways in which they communicate with the dead. The most common method used by mediums, however, is known as mental mediumship. This involves communication with spirits of the dead through telepathy and information relayed through the mind’s eye. The medium may hear, see, and/or feel the spirit, who then passes along information to the medium. Once the medium receives this information, he or she may share it with others.

Another type of mediumship is trance. With trance mediumship, the medium allows him or herself to be taken control of by a spirit. The medium may or may not remain conscious during this time. Regardless, though, the spirit may control the medium’s movements, actions and speech. Trance mediums often work in conjunction with an assistant to help relay the messages conveyed by the spirits.

Of course, there are several other types of mediumship, some of which include channeling, direct voice, physical mediumship, and spirit operator. If you are planning to seek the services of a mediumship, familiarize yourself with the different types to determine which one is best suited for your needs. 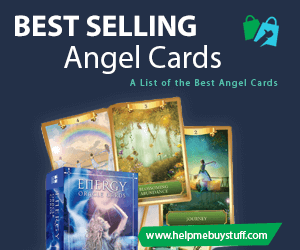