How to Break Free from Old Patterns

How to Break Free from Old Patterns Knowingly or unknowingly, we are all trapped in patterns. These patterns hold us back from realizing our true potential. Learning to identify our own patterns is the essential first step for breaking out of the vicious cycle of repetitive painful experiences.

A pattern is something that occurs repetitively in our life. Examples of patterns include “I seem to attract men who don’t want me,” “I am terrible at learning anything new,” “Every time I get close to my goals, something bad happens.”

How are patterns formed?

Patterns are always formed through a limiting belief. These beliefs might have been inculcated by a previous negative impression that left a powerful emotional impact on your psyche. For instance, if you were once in a relationship where you weren’t treated well, then you might have created a psychic impression that relationships are difficult.

Any idea that arouses strong emotions in us creates a pattern. Therefore, next time, when you went out and dated another man, you most likely had a very similar experience all over again. With repetition, patterns get stronger. The stronger a pattern gets, the harder it becomes to break out of its clutches.

Patterns are also formed through social conditioning. Let’s say, your mother kept repeating to you that men can’t be trusted. This idea became deeply rooted in your subconscious. When you entered your first relationship, you had an experience that reconfirmed this belief. Your belief eventually gave birth to a pattern that repeatedly attracts similar experiences with different people.

How to Break Free of Patterns

You must first understand that at the root of each negative pattern lies a negative belief. Belief is a powerful thing. You can never experience anything outside of your belief system. Now, you might argue that there are things you experienced which were never part of your belief system. Here, you must understand that your most deeply embedded beliefs exist at the subconscious level which means that you are most likely not even consciously aware of them.

Here, you must examine the emotions that come up when you are thinking about meeting new people – analyze exactly what kind of emotions come up organically. There will definitely be an element of fear involved – you might be fearful that people will cheat you or treat you badly.

The thing is that we don’t usually experience what we think of in our conscious mind, we experience what we believe in our subconscious. Emotions are our greatest power. Whatever we think of with strong emotions starts manifesting in our life. If a thought is like a car, then emotions are the fuel that drives it. Therefore, any thought or idea that evokes powerful emotions in us has the power to influence our reality.

In time with practice, you can break free of the old patterns and replace them with positive patterns and be on your way to a new you! 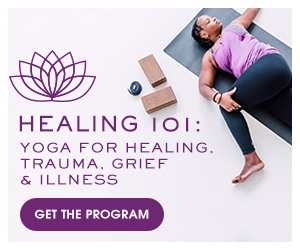