Tarot card readings can be a wonderful aid in connecting with your higher self, angels, spirit guides and even your loved ones in Heaven. However, Tarot can also be a bit intimidating. Learning a few key terms will certainly make Tarot a little less formidable. Also known as a reversed card, an inverted Tarot card is exactly what it sounds like: a Tarot card that’s flipped upside down. A successful Tarot reading must have a balance of energy, similar to the yin and yang. Therefore, an inverted card may represent the opposite of its face symbolism, indicating the presence of an opposite force. Although we do not include actual reversed cards in our free online Tarot card readings, the reversed meaning is included for each card. Check out this example with the ten of Pentacles (scroll below the video for reversed meaning).

Court cards are essentially the “royal” cards in a Tarot deck. They consist of the King, Queen, Knight, Page, as well as the Prince and Princess in certain decks. According to Jungian psychology, the court cards represent the 16 different types of personalities.

In a reading, the court cards can actually represent identifiable individuals, or they can describe specific qualities ascribed to the querent (or to his/her situation). Learning more about Jungian psychology can also help you to understand the journey of Tarot.

When researching Tarot cards, you may come across the term “cartomancy.” Basically, this is used to describe the act of fortune-telling and divination through the use of regular playing cards. Cartomancy first appeared in 14th century Europe, during which normal playing cards were used in an attempt to read peoples’ fortunes. This paved the way for the modern-day Tarot cards, which are now the de-facto choice among fortune tellers and psychics. Many Tarot card readers use special card layouts during their readings. Among the most popular and widely used layouts is the Celtic Cross Tarot layout, which consists of six Tarot cards arranged in the shape of a cross, with an additional four cards arranged in a vertical line to the left or right side of the cross. This is a popular layout because it gives a good overall explanation surrounding any question or situation.

While not used in all Tarot readings, the Fool is one of the 22 Trump cards that makes up a Tarot deck. Some practitioners actually remove this card from their Tarot deck before the reading begins, although this up to the discretion of the client and reader.

When someone talks about a “Diviner”, they are referring to the person who is reading the Tarot cards. The Diviner is essentially a reader with psychic abilities who is able to interpret the meaning of Tarot cards in relation to the client.  Here are some tips for picking a quality diviner.

When you do a free tarot reading on our site, all the cards have a description and short video to give you more information about the card and how it might relate to your specific question/situation. 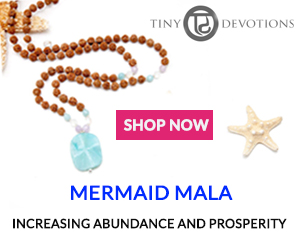